Lt. Gov. Susan Bysiewicz and the state Department of Veterans Affairs honored veterans from across the state from different eras and held a ceremony at Conard High School Sept. 21, recognizing veterans of West Hartford’s Vietnam War.

Chris Conlin was one of the West Hartford-era Vietnam War veterans who shared stories from his service at a ceremony on September 21, 2022. Photo credit: Ronni Newton

Vietnam War veterans haven’t always been thanked when they return from duty, but Connecticut’s lieutenant governor, working with the Department of Veterans Affairs, has worked to change that, traveling the state to give those who served the recognition they may not have previously received.

“We are here to thank you and welcome you because unfortunately many of you did not return to the parades and celebrations that you saw at the end of the Second World War, where people danced in the streets and said thank you to those who had served,” Lt. Gov. Susan Bysiewicz said during a ceremony at Conard High School Sept. 21 attended by 85 Vietnam War veterans from West Hartford. who served endured some of the harshest conditions in the jungle, were exposed to toxic chemicals, and then had to maintain their resilience when they returned home, she said. 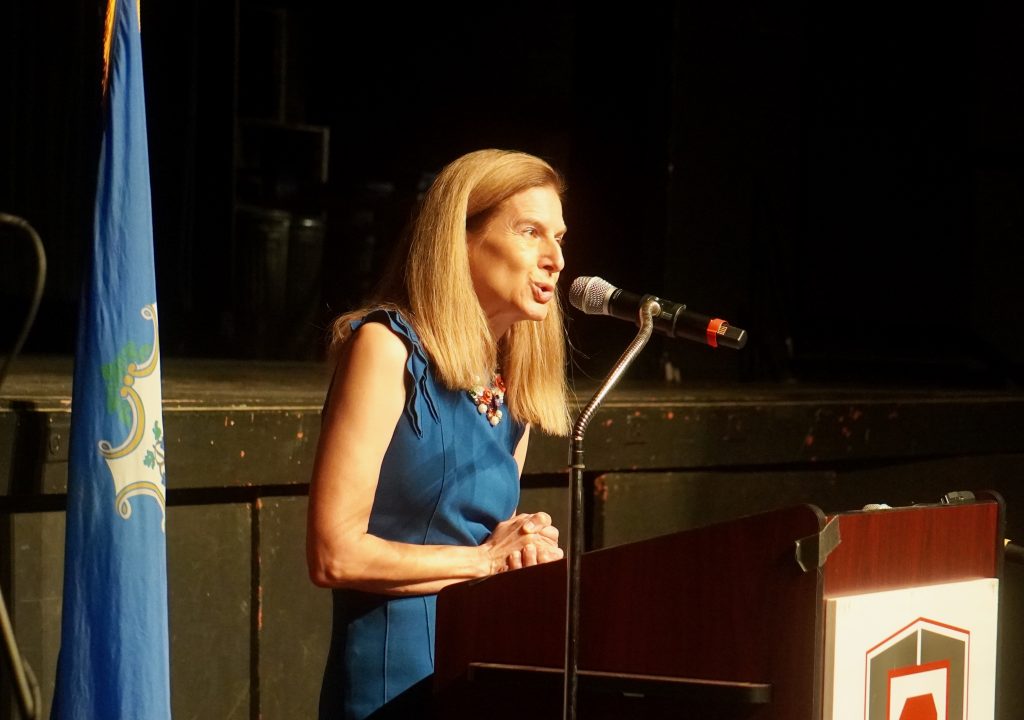 “We are so grateful to have the opportunity to honor your service, as you show incredible resilience,” Bysiewicz said.

Ceremonies were held in cities and towns across the state to recognize veterans from different wartime eras, with Bysiewicz as well as Veterans Affairs Commissioner Thomas J. Saadi or other department officials participating alongside the local officials. Last year, West Hartford’s Korean War veterans were honored in a ceremony at City Hall, and West Hartford is the 40th municipality to hold a celebration for its Vietnam veterans. 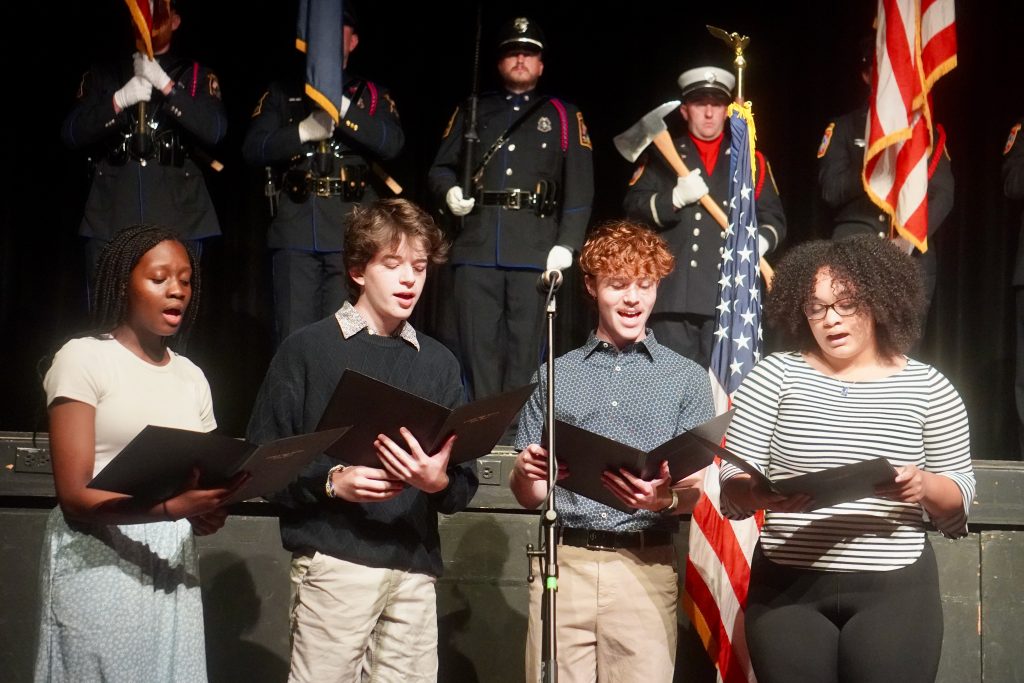 “Above all, your generation taught us a very important lesson – that no matter how we feel about a particular war, we must always, always thank our veterans who served…you answered the call to duty and you served, putting your life on the line for our country,” Bysiewicz said.Many continued to serve throughout their careers or volunteer work.

She also noted the more than 58,000 names carved into the granite of the Vietnam Veterans Memorial Wall in Washington, DC, and the 612 in Connecticut who made the ultimate sacrifice. 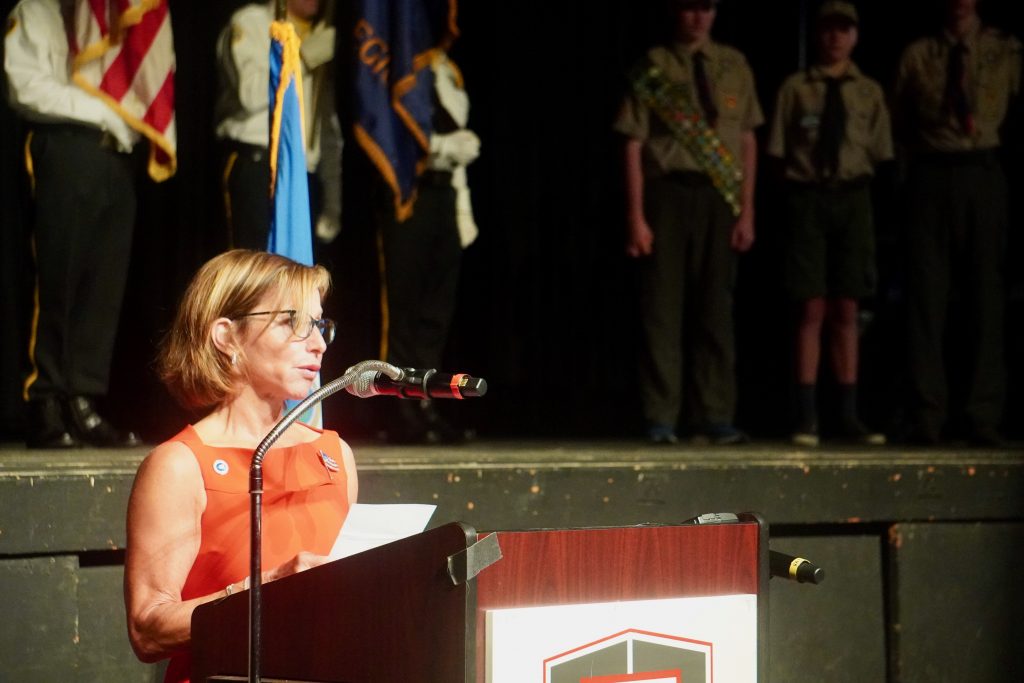 “I just want to thank the veterans again, your families and all the support systems,” Cantor said. “I know this is long overdue.” 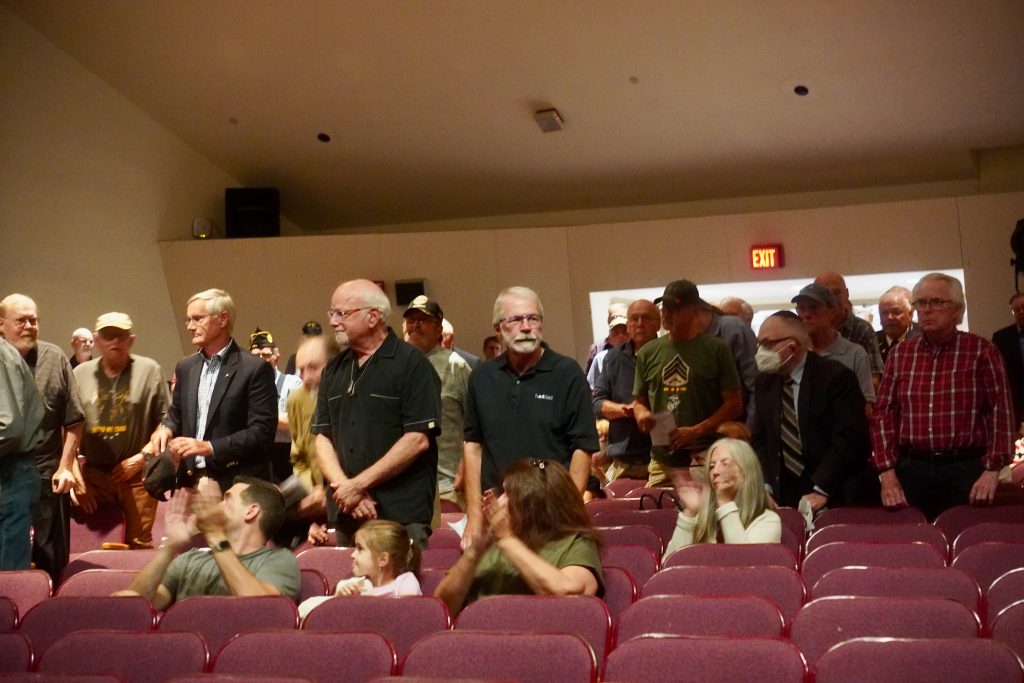 “What you’ve done matters, and what you do matters,” Slap said. “It was important then, and it is important now. … Your wisdom, your bravery can serve as a model for all of us.

“I know that hasn’t always been recognized,” Exum said of the service and sacrifice of Vietnam War veterans. She said her uncle had served in Vietnam and died at an early age due to chemical exposure, “but he was so proud of his service to the country and so were we.” 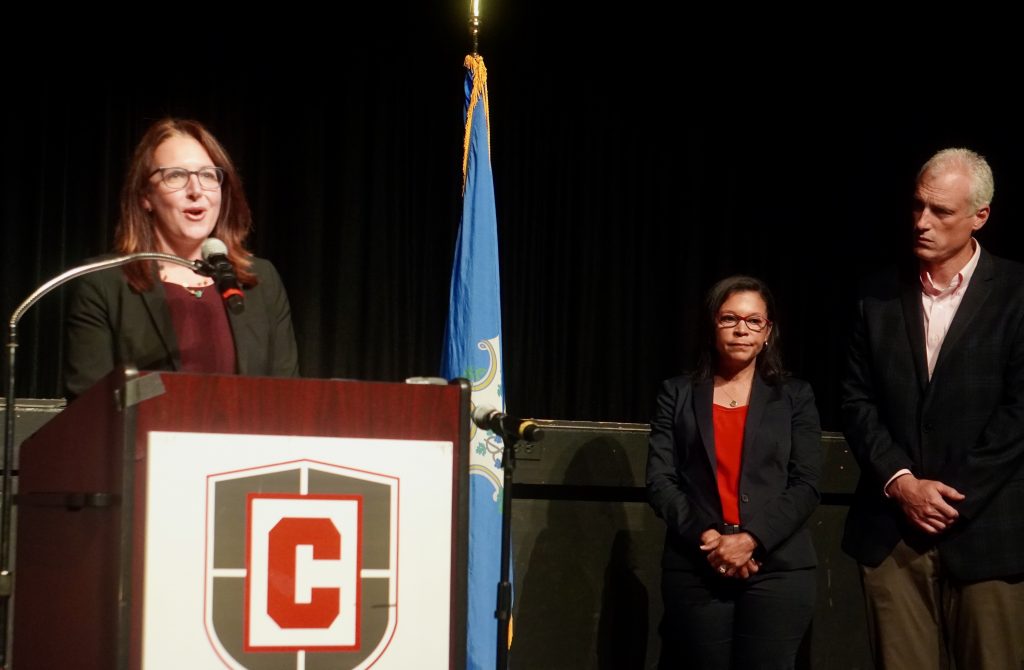 “Your commitment to freedom, liberty and democracy is such a model for all of us,” Farrar said.

Farrar sees Vietnam from a unique perspective because her husband was a refugee from Vietnam. “He and his family…have been truly embraced by all of you and so many fellow Americans and have rebuilt their lives in ways they could not have imagined.”

Before receiving certificates of recognition and posing for photos with officials, veterans in attendance had the chance to publicly share their stories. “That’s the best part,” Bysiewicz said. 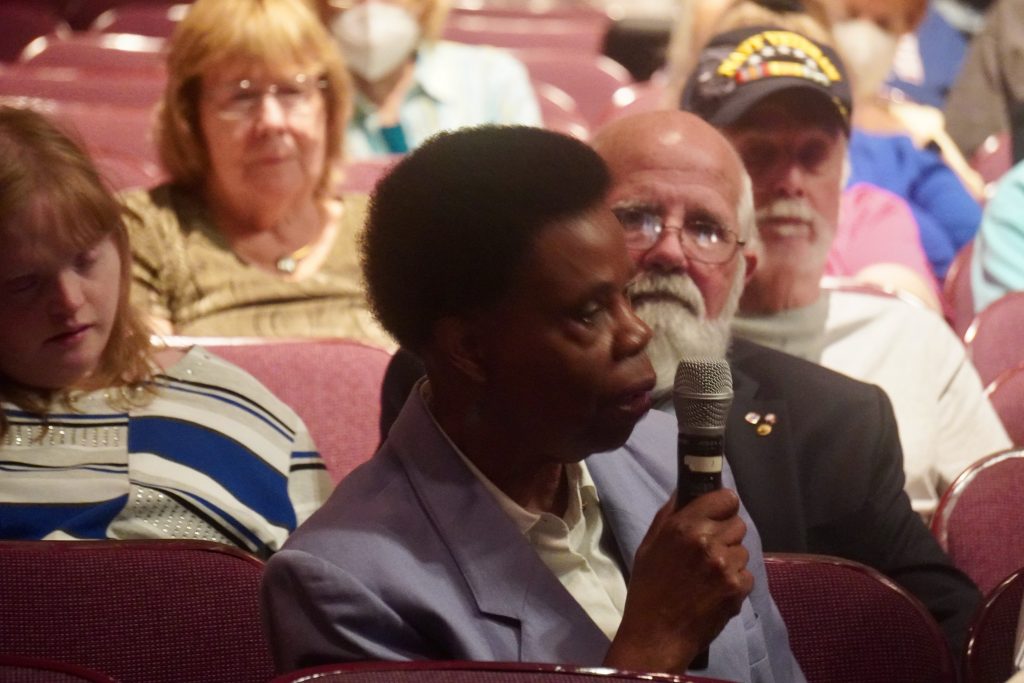 Some were positive about what they had been through, such as Elena DeVaughn, a former Navy Nurse Corps lieutenant. She said in her reflection, “I felt as part of my nursing care that it was important to be there, to listen, to comfort, and to do whatever I could. … I feel very proud. I never had any doubts.”

Rick DiPietro, a former helicopter pilot, said it was a pleasure to be among his fellow veterans. He said, however, that when he returned, a bartender wouldn’t even serve him a drink. “We weren’t thanked when we got home, we were spat on…thank you very much, that’s saying something.” 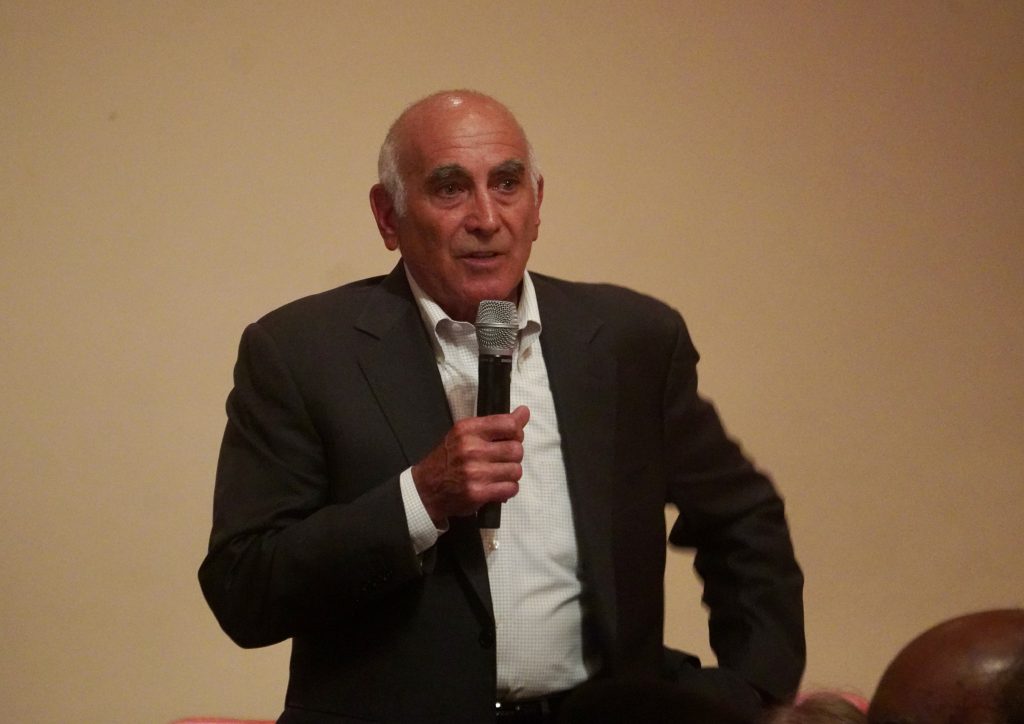 “You come back here and you’re not appreciated,” said another veteran, but added that he was grateful to receive recognition at West Hartford and to be with other veterans. “It shows some appreciation,” he said.

Conlin then served with the 76th Army Reserve Unit at West Hartford. Many who went to Vietnam did not survive, Conlin said. “We are the lucky ones.” 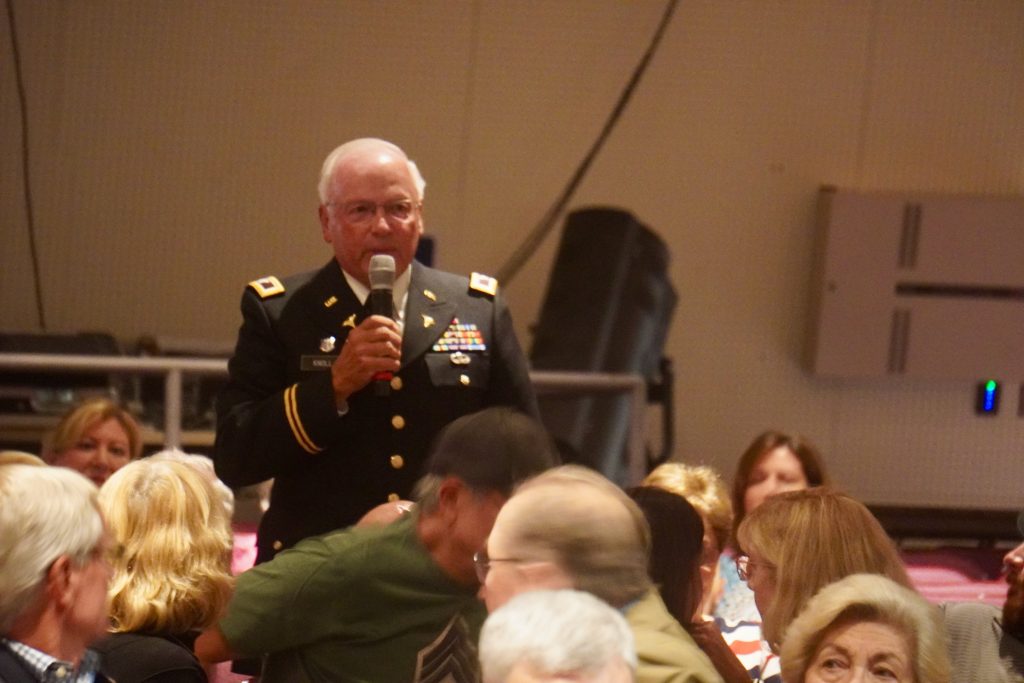 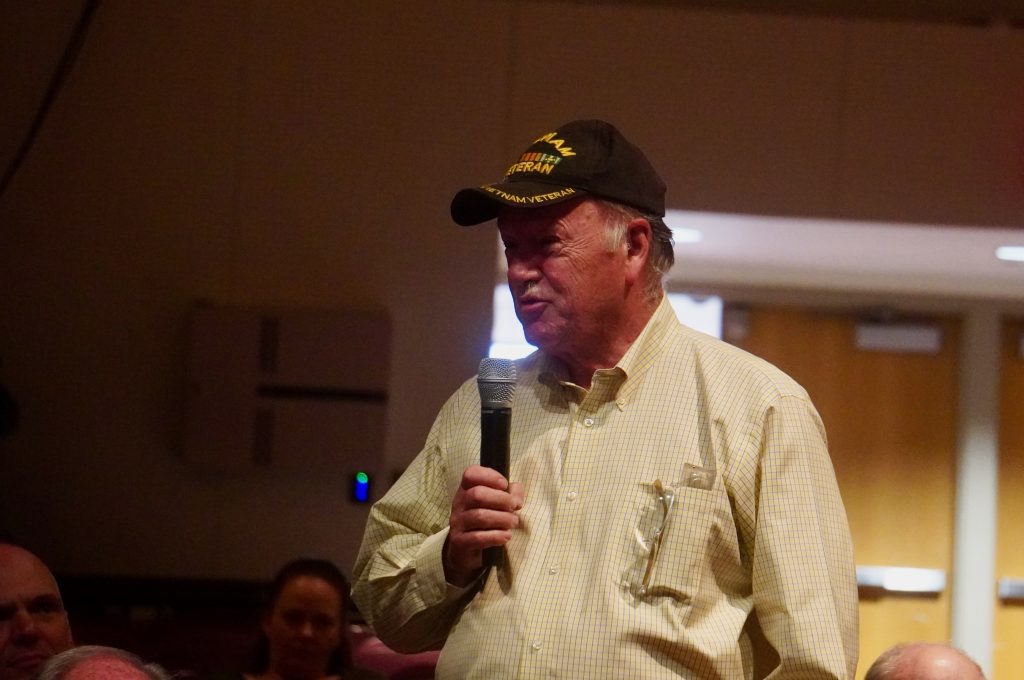 The entire ceremony, including stories shared by veterans, can be viewed via the interactive West Hartford community recording of the event via the YouTube video below. 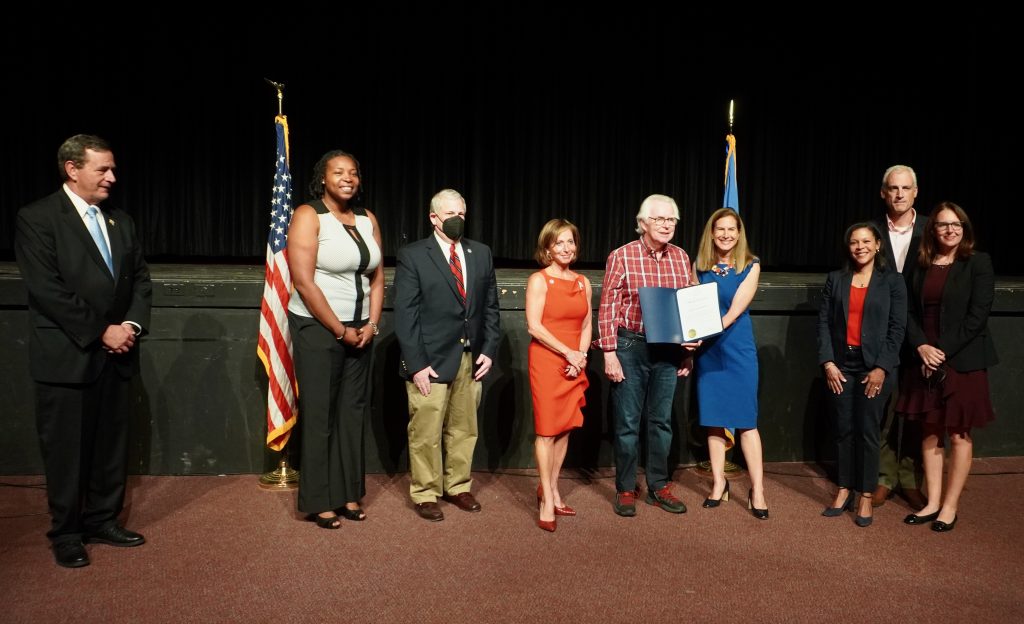 Do you like what you see here? Click here to subscribe to the We-Ha newsletter so you’ll always be up to date with what’s going on in West Hartford! VSClick the blue button below to become a supporter of We-Ha.com and our efforts to continue producing quality journalism.

Shrewsbury – Michael A. “Mike” Tompkins, 86, a longtime resident of Shrewsbury, Massachusetts, died peacefully Wednesday, July 20, 2022, at St. Joseph’s Manor in Portland, Maine. Mike had predeceased his wife of 60 years, Marianne (Torrens) Tompkins. He was survived by his sons, Brian A. Tompkins of Norwich, Vermont and Keith W. Tompkins of Portland, […]

The state is trying to find the owners of several Series E, defense and wartime bonds that are currently held by the Maine Treasurer’s Office under its unclaimed property program. The actual documents for the bonds were found in an abandoned safe. deposit boxes at Maine financial institutions. Treasurer Henry Beck said the bonds were […]

Matthew in the middle | Aging Without Grace – Times-Standard

In your twilight years, if you have health and wealth, life is good. If you only have one, then you’re on your own. If you don’t have your health or your wealth, then life can be bad. I know many people in their 70s and 80s who have comfortable lifestyles with pensions, social security, real […]